Winemaker for a day... 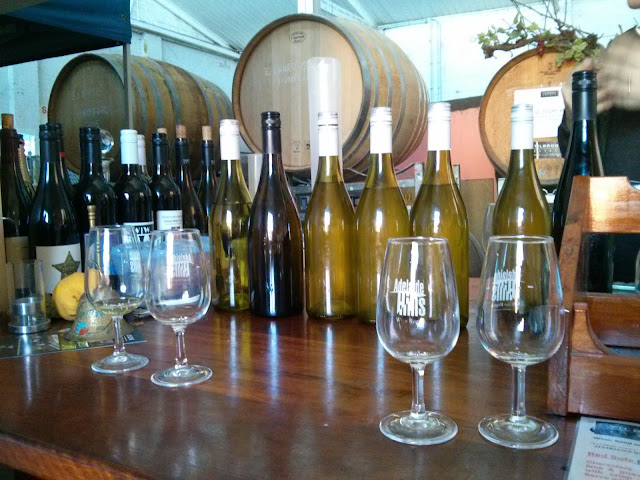 So recently while visiting home in Adelaide South Australia, an offer was put on the table to participate in tasting and making the barrel selection for the next bottling's and future release of Chardonnay. Oh, and yes it has been said one should not start a sentence with a coordinating conjunction. So where were we.

This sounds great I thought as this means now I can maybe influence the owner / winemaker with my finely tuned palate and worldly experience and help make this the best group of Chardonnays ever released by the winery. Seemed simple enough right? Which winery you ask? Don't worry I will let you know which Adelaide Hills producer it is in the end, just stay with me here for a bit. 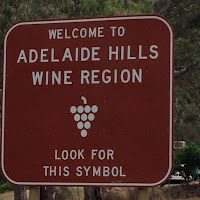 The night before as the thrill of the impending tasting and decision making was upon me I started to have some doubting thoughts. What? One of the world famous WineWalkabout winos? Ah yes! Lets put into perspective, what has been and what was about to happen are two different animals. Or are they? Drinking wine and giving an opinion is something we all can do. Lets face it, every wanker, tosser and ponce can do that! The doubt comes about not because I am not comfortable giving an opinion, but because this time it could be used. It could actually have an affect on an upcoming release and with that, the economic connection and reputation, positive or negative, of a small family owned winery. Cue butterflies in stomach... 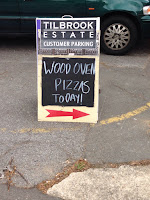 The big morning had arrived and it was into the car for the drive from the eastern suburb of Paradise into the beautiful Adelaide Hills and up to Lobethal on a chilly winters morning. Once the three of us were there and the fire was stoked and coffee and pleasantries were had, a discussion of the process (quite complex due to small volume to blend with) and the expected outcomes were discussed. 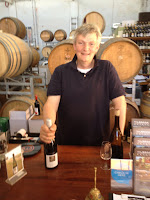 Having done blending and tastings before for slightly larger wineries, I had not considered that with an extremely limited amount of commodity, there was a process that made sure we used every ounce to maximum effect and there was sometimes nothing available for the previously used, let me try that last one again to be sure type of scenario. Talk about pressure!

We were preparing to determine the barrel blends for the Premium Chardonnay, the Reserve Chardonnay and a special Winemaker release.

Having tasted and drank many of the last 10 years of releases I knew that the norm was a lovely drinking Chardonnay for both labels and in some years just beautiful. Was this going to be one of the beautiful ones? Could I make the difference (not bloody likely)? Would my taste buds pick the perfect barrel combination that helped get the highest scoring wine in the history of the winery. No... that's just for the movies and books. My contribution was probably more along the lines of, does he ever stop drinking? I need some left to sell!

So look, the pressure of trying to be the expert that actually could have a positive financial and reputation affecting influence changed the feeling of the game in ways that were previously not anticipated. It made me think about how some of us in the 'wine review / writing' brigade may not put a lot of real thought into just what we may be doing to those that are on the financial edge doing what they love. Of how some of the more influential wine writers can truly make and or break a family owned business. Look we try to tell it as we taste it, with an eye towards being kind and yet telling the truth. These thoughts were heady stuff coming out of a weekday morning tasting a few barrels of Chardonnay that will not see the light of day for another year.
﻿

I would like to thank James Tilbrook for his kind invitation and tolerating me tossing my opinion around like I had skin in the game. It was a wonderful experience to work side by side and compare the subtleties of our differing perceptions and on occasion our confirmation of each other. Cant wait to taste the these wines upon their release sometime in the future and I hope you like them as much as I did.

Stop in and visit James at Tilbrook Estate for a bloody fantastic wine maker pizza and a taste of his latest releases. The cellar door is open 12 – 4 Monday and Friday, and 11 -5 Saturday, Sunday and Public Holidays, plus most weekdays when James is present. – Please check to see if the sign board is out. On weekends and Public Holidays they serve (to die for) wood oven pizzas and local produce gourmet platters either in the courtyard on fine sunny days or inside amongst the barrels, when it is wet, cold or too windy.

James is a true artisan producer, growing the grapes, making the wine, doing the tasting trials, bottling it, and pouring in the cellar door. Go by, we 'recommend' you do.