Vertical_ Passion and Pinot on the Oregon Wine Trail, a review

Sideways was an over the top, pretty funny lost weekend buddy road trip story, and one that had a significant impact on the wine industry (for better or worse). Rex Pickett’s sequel ‘Vertical' continues a similar type of story but aims higher than it’s predecessor and will have you reflecting on ones own human condition, and in most all ways succeeds, other than it probably will not change the wine industry (a good thing). 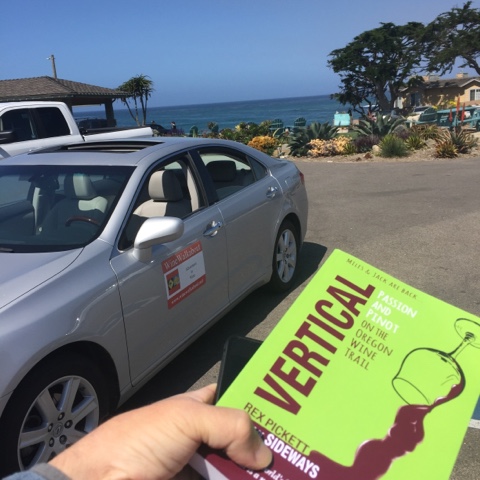 Vertical_ Passion and Pinot on the Oregon Wine Trail

Vertical starts of a little like Sideways meets the Hangover. The story goes through basically three stages with a ray of sunshine at the end. A hell of a good time with drunken debauchery and the start of a long road trip which then goes through a period where it spirals into falling apart to a lone dark stretch fighting openly with personal and physical demons to the final destination. The final ray is the reconciliation of mother and son. Touching enough to bring a tear with an emotional rawness that will make some bleed. 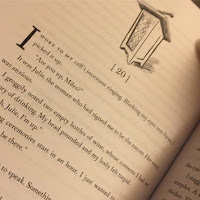 Confessing that the book sideways has not been read here but the movie has been seen and often discussed.
Rex Picket uses the first person lens of his alter ego, Miles Raymond and is quite the wordsmith. Another confession... Had to use the word dictionary in the back or the book a few times.

The premise is that Miles wrote a book about the boys weekend in sideways called Shameless and shortly after a movie by the same name makes him a huge celebrity with all the fame and wealth that goes with it. His sidekick Jack has had the reverse fortune and is divorced with a child and on the skids. Both have a serious drinking problem and not in a good way. Miles concocts an idea on how to fulfill his mothers wishes to leave the nursing home and go live with her sister in Wisconsin via the International Pinot Noir Celebration in the Willamette Valley and everyone's favorite two wino's hit the road again. This time its in a handicap van with Miles' disabled elderly mother, her pot smoking nurse, and his moms poorly behaved dog Snapper in tow. Sounds like a bloody good time ay? Well, at times it is, but at other times, well, it is soul searchingly sad. 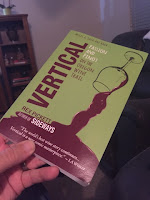 So off they drive. Passing through Santa Ynez they stop at their old haunts including the now bustling Hitching Post where Miles is treated like a rock star. At every stop the wine and food is comped as vintners thank him for their booming Pinot sales in the wake of ‘Shameless' and even with his invalid mother in tow, Miles and Jack find plenty of star crossed women along the way to satisfy their lust including a couple of Spanish women on a ‘Shameless Tour’ of the Santa Ynes area. Once they discover Miles’ identity they both are more than willing participants in a weekend fling up in Paso Robles. This is the fun part of the journey. It soon turns tense and dysfunctional (OK, more dysfunctional). This is where the story takes on a dark quality that at times is uncomfortable to read. 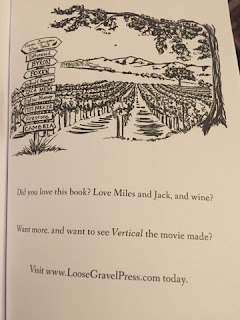 The last part of the book follows the buggered relationship between Phyllis and Miles as they travel to Wisconsin. This gives ‘Vertical’ a conclusion that may split readers on the satisfaction of how the story comes to it’s end.

For those who are curious there is clearly plenty of room for a third book to be written.

Oh and on the question of whether this book should be made into a movie... Yes!

Note to reader : The book I am reviewing here is Vertical- Passion and Pinot on the Oregon Wine Trail--not to be confused with an earlier limited edition run known simply as "Vertical"

Posted by Winewalkabout at 11:56 AM

Email ThisBlogThis!Share to TwitterShare to FacebookShare to Pinterest
Labels: Vertical by Rex Picket