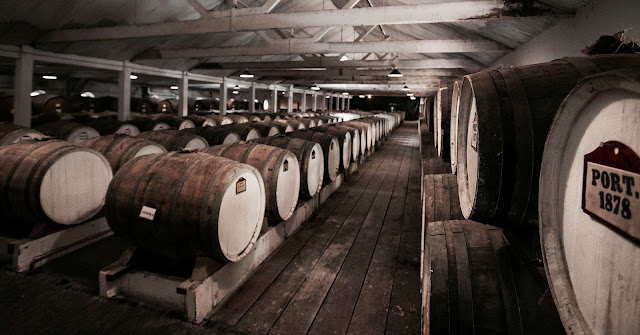 What is one to do when your mum is turning 90 and needs for nothing? Start a kind of, what have you not done list, that might be of interest and or fun to do list... 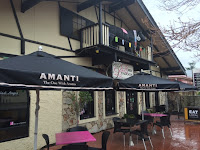 A big day was planned and although most things were not a surprise, it was still a surprise as I don't think she believed me when I told her of the itinerary. Mum lives in Paradise. No really, she literally lives in Paradise. Its a suburb of Adelaide South Australia. Given the location it seemed easy to create a special day. A day of firsts in the Barossa Valley.

We took off early enough to get a full day of activities in, even with the rain. The first stop was a lovely coffee shop in Lyndoch. The Lord Lyndoch was a lovely sojourn for Cappuccinos, tea and scones with jam and cream. Oh how I miss the decadent thick cream of Australia. 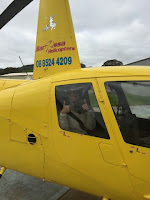 After some yum in our tummies it was back onto the road. It was not long driving through the beautiful southern Barossa that the rain stopped and we came to our next stop, Barossa Helicopters. In her 90 years mum has never been in a helicopter. We did our preflight and headed of to see a bunch of Barossa Icons from the air. What a trooper. Mum just hops on in and gets buckled up. Moments later we are going airborne.

As we gently cruised across the vineyards of the beautiful Barossa we started trying to spot the winery. Not as easy as one would think. One place that was relatively easy to spot was Seppeltsfield, where we had plans for later in the afternoon. We also spotted, Gods Hill,  Whistler, Two Hands, Hentley Farm, Chateau Tanunda and also flew over the whispering wall. A lovely flight with spectacular views and a recommended stop when in the Barossa. Thumbs up from Mum!
Next up was the stop that I was most looking forward to. The main event. The icing on the cake. A stop at Seppeltsfield . First up was a beautiful lunch at Fino. All four of us ordered something different and we each were delighted by our choices. The food, the service and the accompanying wines were fantastic. Next up for Mums (and mine) big day was a tour to learn of the Seppelt family history and their profound influence on the Australian wine industry.

We toured the 1851 Seppelt homestead, Elm Walk, 1877 Distillery and 1860s Blending Cellars. Some wonderful stuff that Mum just ate up. Then it was time for our private tour host Nigel to take us to the luxurious VIP mezzanine lounge and taste the current releases of port. First up a Grand Tawny 10 years average age. Then a Para Rare Tawny at 18 years average followed by a 21 year Old Para Tawny. The final taste in the VIP lounge was an amazing 1986 Para Liqueur Tawny. The pinnacle of the day was then wandering around in the barrel room of the world’s longest and only unbroken collection (lineage) of single vintage tawny since 1878. Here we were told of the history of the contents and it was amazing. During our wandering we also got to taste all our birth year ports.

We started with a 1976, yum. Then a 1963 that was divine. Next up a 1958 and then for the birthday girl a 1923. Seppeltsfield’s Centennial Cellar is the remarkable vision of Oscar Benno Pedro Seppelt, who in 1878, began the legacy of maturing single vintage Tawny for 100 years before release. The VIP tour was finished up with a taste of a 100 year old port. What a special and amazing tasting it was and what a great day. Mum was stoked and the rest of us were as well.
An amazing adventure and all just a short drive from Paradise...

Posted by Winewalkabout at 3:41 PM