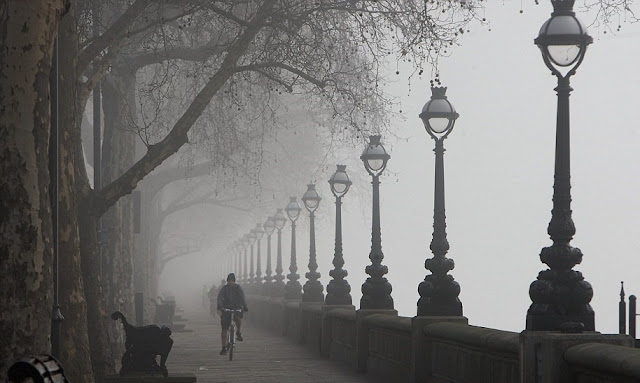 Gregg waited in the dark on a cold foggy New York morning on the corner of 13th and Third. His heart started to race with anticipation of Julie's arrival. He was supposed to be helping her train, but something deep inside him knew it was becoming more than that. As cupid would have it, it was to be the beginning of a journey that would take him around the globe and in directions he never dreamed of...

Recently we were contacted by Gregg Rothberg of 13th & Third wines asking if we would be interested in a sample of his wine for reviewing. Well, we are always up for wine and giving our opinion, but after reading a bit about his story we decided the appropriate thing to do was step it up, show a little restraint and instead of just taking and reviewing his wine, try to schedule a meeting and tasting when he was in Paso Robles for bottling. This however proved to be impossible. 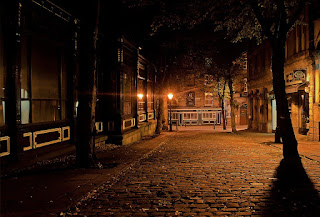 The story stayed on our minds and having Gregg just send us a sample just seemed, well, not the best way to do the wine or the story justice. One of the things besides the wine that we love about the wine industry, are all the wonderful people and the amazing stories that go along with them. We have learned of many beautiful stories over the years and this one is one of the top few. That being said, we just had to approach this story of 13th & Third a little different than a regular wine review. Read on and find out why we believe that this one could easily be a movie of the week.

Gregg, his wife Julie are foodies and winos. Food is their passion, but wine is their obsession, and a little more than two years ago Gregg left his marketing agency life behind to seek adventures in the world of wine - a passion of his for many years. That adventure turned into the launch of their own label - 13th & Third. The name comes from the cross-street in Manhattan where Gregg and his wife Julie first met (2010), and discovered they both had an insatiable appetite for food and wine. Their story really should be a movie. Here is the short version of how it began with an excerpt from their website -" The corner of 13th Street & Third Avenue in New York City is where Julie and I first met. Twice a week we’d meet there on our bikes before sunrise. She was training for her first century ride, a 100-mile lap around Lake Tahoe, in honor of her father who had recently passed away; I was one of the coaches. We would ride through the darkened streets of New York City on our way to Central Park. With plenty of time to chitchat during these cold pre-dawn hours, it wasn’t long before we discovered our mutual passion for wine and wine country. 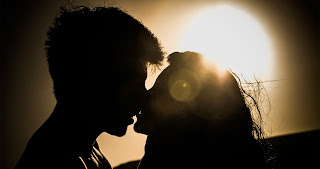 We also both love visiting and exploring new wineries. So Julie and I tacked on a few extra days in Napa and Sonoma, on our way to Lake Tahoe, to visit a handful of vineyards. While on our little excursion we were consumed by amazing wines…and each other. Just 10 months later, we got engaged surrounded by the incredible aromas of wine aging in barrels, as I proposed in the caves of one of Napa’s most prestigious wineries."
Julie works for a large wine importer distributor and exposed Gregg to a much bigger world of wines and what was a love became a passion. 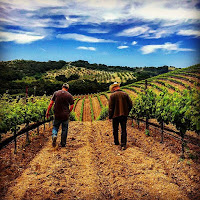 In the beginning, after traveling from Washington to southern California looking for the right region and wine maker, Gregg reached out to ten Central Coast winemakers, most of whom were from the Paso Robles area, that he thought would be right for their vision. In typical Central Coast hospitality, nine of them contacted him, and after interviewing all nine of them one was selected to be a part of 13th & Third.

Gregg also did an internship with Adelaida Cellars and experienced wine from the vineyard to the bottle and all the exciting and not so exciting aspects of the process. It was during this time he became friends with another New Yorker, winemaker Jeremy Weintraub.

Gregg and Julie love Rhône varietals and wanted to bring more of these lesser known varietals from California to the east coast and the city they call home. Thus the tag line of their brand - New York Roots. California Vines. 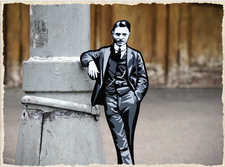 As native New Yorkers, they grew up surrounded by Graffiti, now more widely known and accepted as "street art." Because it was such a big part of their environment, and a passion as a young artist for Gregg, they wanted to find a way to integrate that into their brand to better represent who they are, and show where they came from. All of the labels are designed by acclaimed local street artists from the New York area, and feature family members who are no longer with them, that they want to honor.


The first label featured Julie's Grandfather. The original photograph was taken on the eave of prohibition. That photo was then photographed on the corner of 13th & Third. Kinda gives one goosebumps just thinking about it. What a wonderful way to kick off this journey into wine by honoring the past and having hope for the future. The wine was their 2015 Rosé of Grenache (out of Paso Robles' Willow Creek District) and was 13th & Third's inaugural wine. This year they are releasing a 2016 Rosé of Grenache, 2016 White Blend (Roussanne, Grenache Blanc, Viognier and Picpoul) and a 2015 GSM. The 2015 GSM is extra special. The wine is in memory and honor of Gregg's father Norman Martin Rothberg, and appropriately named NMR. Gregg's dad is also shining brightly as he's featured on the label. Although Norman passed away when Gregg was just a teenager, his father had a profound influence on who he is today. We are really looking forward to sitting down with Gregg down the road, breaking bread, learning more of his story and tasting the lineup. 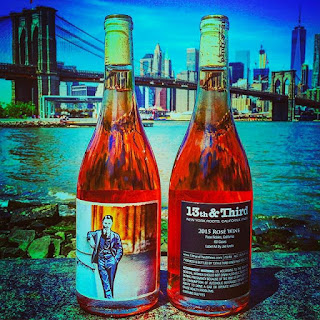 They would love the opportunity to share their wines and more of their story with you (there is a lot more story to tell). So check out their website and order some wine.

Although we have not tasted any yet, with the infectious passion and great sources for grapes, we can hardly wait. To add to the potential for exceptional wine is their winemaker, Don Burns who has his own label Turtle Rock and is also assistant winemaker under Justin Smith at Saxum.

This year they produced 400 cases and the vision for the future is to grow to 1800 - 2000 cases. Big enough to be sustainable and small enough to have a hand on everything. While currently Paso based they plan on finding the best sources from other areas in California as well to be true to their tag line 'NEW YORK ROOTS. CALIFORNIA VINES'. Stay tuned for part two of story on 13th & Third.

Happy Wine Adventures,
Cheers,
WineWalkabout
Posted by Winewalkabout at 9:43 AM