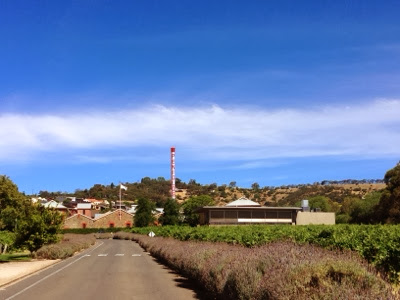 While having tasted and toured the Penfolds Magill Estate before, never was the Heritage tour taken as an official tour. That being said, it was time to see what the average taster/tourer gets to experience. With Aussie mate and wine tour newbie in tow, it was off the Estate to experience the Heritage Tour and taste. 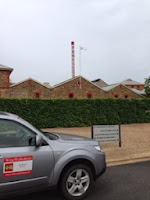 Arriving at the Estate gives one a sense of history and importance. The drive up through the Estate vineyards that were replanted to Shiraz in the late 1950's, past the 'Grange Cottage' established in 1844 by Dr Christopher Rawson and Mary Penfold, where Christopher practiced medicine, is one that's sets the stage for the historical significance of this Heritage Listed Property. 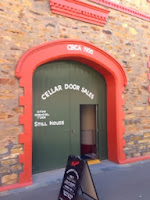 There are three official tours available, The Heritage Tour, The Premium Tour (previously taken) and the Grange Tour (may have to take this one next).
We were to start the tour with only 5 people but at the last minute a group at the cellar door decided they would join us, swelling the group to 12. The tour guide who was lucky enough to get this group (wankers an all) was Will. 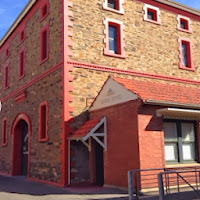 With group in tow Will took us to just outside the tasting room an started the tour with the Tax Office. Yes the tax office was attached to the cellar door. Tax's have been serious business for a long time. Will then told of the history of the surrounding buildings and also talked about the current production of the facility and how independent the Magill Estate is from the corporate influence. As we were taken around past the Magill Estate Restaurant (need to get back in here again) and to the front of the facility we could oversee the Estate vineyards and past them to suburbia. Will told of how the government forcefully took control of hundreds of acres of vineyards and turned them into homes, and how there would have been none left if in the 1970's the then Prime Minister Don Dunston had not intervened and stopped the suburban takeover.

From here we ventured underground to the barrel areas and to some other underground tunnels. We stood next to an upcoming years Grange bottling still in barrel (about $3 million worth of wine) and then got a look at the history of Grange as each individual release is displayed in sequence. To hear the story of Max Schubert, the father of Grange, being told amongst the very bottles he created is a pretty cool experience. 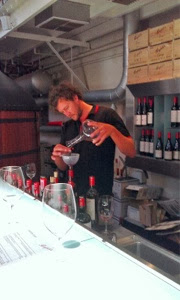 From the cool (both uses of the word) underground tunnels we then ventured to the concrete vats that helped start it all. Will explained how the grapes were delivered and the process that then ensues for the creation of those lovely Penfolds wines.Next it was into the Cellar Door to get a taste of these very wines. Will was great at herding cats and keeping the information interesting and even when presented with the challenge of the tasting wankers (loud, ignorant and on the mobile) he was up to it.

The Heritage Tour was a great tour and would very much 'recommend' it as well as the previously taken Super Premium Tour. Just hoping to get an invite for the legendary Great Grange Tour next time in town. 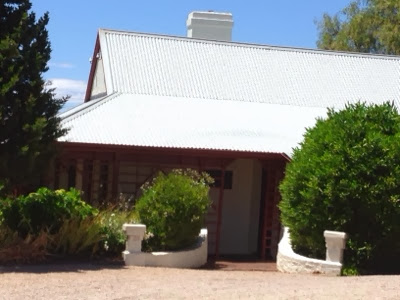 Posted by Winewalkabout at 11:46 AM