Continued growth for Australian wine exports to the US

We may be a little biased towards Aussie wine, ok, ok, very much so. But when you have been exposed to the great Aussie wines that we have, you would be as well. Make no mistake we love all good wine no matter where it's from. This last year we attended a couple great Aussie wine tastings courtesy of Wine Australia and was reminded of all the great wines we have been missing. Our selfish motive is to help in any way we can get more Aussie wine into the USA so we can get it for ourselves.

The following media release that was sent to us is some good news and also a wake up perhaps that some folks still do not know what they are missing and better get their share fast.
Cheers...


Media release
Washington D.C., Wednesday 13 July 2016
Continued growth for Australian wine exports to the US
Wine Australia’s Export Report shows that Australian wine exports to the United States (US) rose in value in the 12 months to the end of June 2016.
From July 2015 to June 2016, exports to the US continued to grow with an 8 per cent increase in value to US$341 million.
Bottled exports increased by 9 per cent to US$300 million and the average value of bottled exports grew by 15 per cent to US$2.95 per litre.
The trend towards Australia’s premium wines in the US continued with exports priced A$10 and above per litre FOB increasing by 16 per cent to US$26.6 million. This reflects the improved perceptions of Australian wine among the US trade, with a growing number of importers taking on more premium Australian brands.
Looking closer at the A$10 per litre and above FOB segment:
·         A$10.00–19.99 increased by 28 per cent to US$16.7 million
·         A$20.00–49.99 declined by 13 per cent to US$7.6 million, and
·         A$50.00 and over increased by 77 per cent to US$2.7 million
Wine Australia CEO Andreas Clark, said, ‘It’s pleasing to see continued growth in our most valuable export market, particularly in the premium price points. There is still much work to do in increasing the awareness and availability of premium Australian wine in the US. To continue sustainable growth in our most valuable market requires a long-term approach and a focus on re-establishing relationships and confidence in the category, supported by significant, consistent investment to drive the Australian fine wine message.’
Mr Clark also congratulated Deutsch Family Wine & Spirits, importer and long-time supporter of Australian wine, which recently celebrated an Australian wine milestone.
‘We value all of our trade partnerships, they’re critical to our long-term success in the US. To that end I’d like to congratulate Deutsch Family Wine & Spirits on recently importing their 100 millionth case of Australian wine, a significant milestone and a strong indication of the support for Australian wine by the US trade.’
Casella Family Brands Managing Director, John Casella, said, ‘I’d like to congratulate our long standing partner in the US, Deutsch Family Wine and Spirits, for achieving such an impressive milestone. We are thrilled to continue our already strong relationship with the Deutsch team with the relaunch of Peter Lehmann Wines and strengthening our shared vision of promoting provenance, quality, diversity and craftsmanship of Australian premium wines within the US market.
‘It’s exciting to see such reinvigorated interest in Australian wine which is a testament to the hard work that Wine Australia has been doing in the US to promote the quality and diversity of Australian wine.’
The seven biggest US states for Australian wine were all in value growth: 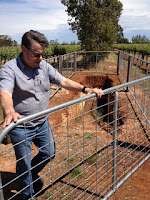 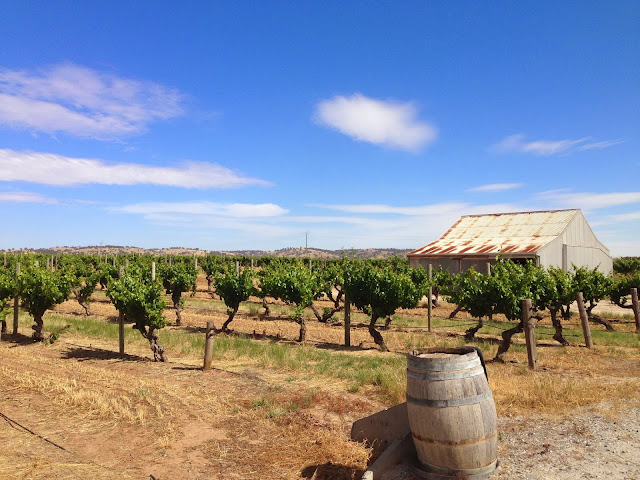 Posted by Winewalkabout at 5:27 PM