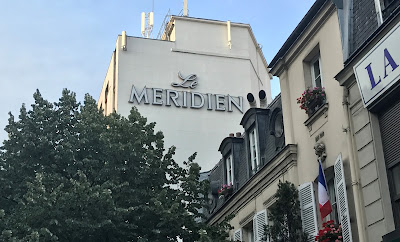 We arrived in Paris at the Aéroport de Paris-Charles-de-Gaulle late afternoon and were met by our Viking River Cruise Concierge. Within a few minutes we were on our way to our hotel, the Le Meridien Etoile.  Once there we were taken care of by our Viking River Cruise host who got us all our rooms as well. Speaking of getting rooms there was some issues with married couples getting twin beds and single people getting king bed rooms.
Personally we had to deal with my 90 year old mum being on a different floor (can you say nightmare) and started with twin beds but managed to get a king room after a while of working with the hotel direct. 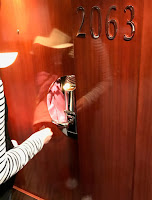 I had talked specifically about this with our Viking contact that setup our Cruise. We had a similar situation with our airline tickets. Our first set of tickets had us on different flights!

The Le Meridien is a very nice hotel close to the Arch de Triumph. Nice clean rooms and a great breakfast. Had a couple of late night dinners at the bar which was pretty good also. The room issue was a Viking booking problem, even after two calls prior to leaving on the trip, specifically about us  traveling together with my elderly mother in different but adjacent rooms.

While all the rooms were very nice the mix ups were poor and for me personally the mishandling of my two rooms was very problematic.
We headed to our rooms upon arrival and after settling mum into her room we told her to stay in the room relax and watch some tv for an hour or so or take a nap. We wrote down our room number (with the 1 in front for dialing) so she could call if needed.  We had a quick check in to see about another tour and headed back to the room. 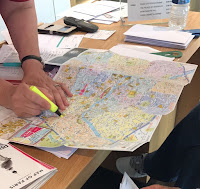 About 1.5 hours later after showers there is a knock on our door. One of the hotel staff found mum wandering the halls. She left her room, could not find our room, went to go back, keys did not work (she was going to the wrong room) went to the front desk, got new keys still could not get in (still wrong room) got lost in the halls and when found by a hotel staff member could only hand him our room number, which she could not find as I had added a 1 in front of it for calling room to room. Luckily the porter was savvy enough to realize that.
The hotel could not figure a way to get us together so we took to writing instructions for everything which helped but still many, in hindsight and having survived, many more funny events happened.  It was interesting that the group seemed scattered all over the hotel. This posed no issues other than for us with my mum. 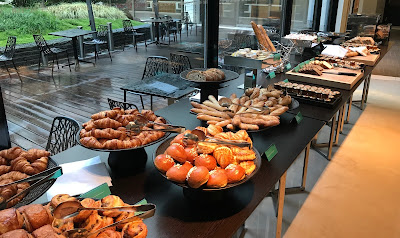 One classic was at breakfast. Mum we will get you and go to breakfast at 8 ok. Ok.
Next morning at 8am mum's not in her room. Panic as we race to breakfast hoping that she is there. I ask the concierge if her room number had checked in (had to check in by room number for breakfast)   No that room has not checked in. But I gave my room number a went in to be sure. Yep. There she was eating fruit with a cup of coffee.
Asked why she was there. She said she was hungry and they had given her coffee when she had asked for tea and there were no scrambled eggs today. Did you look under the silver lids? Why would I do that? (She also had a habit of when asked for coffee or tea, she would answer, yes please) Not sure who's room number she used as she couldn't remember.

The Le Meridien Etoil Hotel was a very nice place with a good bar, good bar food and a great breakfast. It rates a 'Good, would go back' on our scale. The booking issues were a Viking short fall, but I'm not convinced the hotel did all they could. 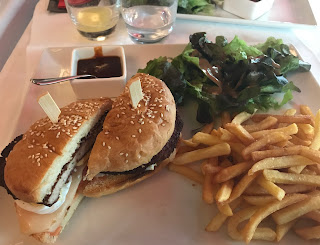 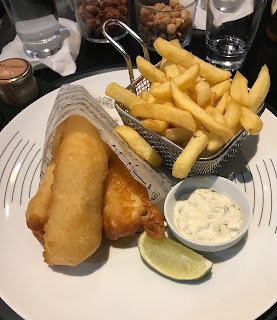 Posted by Winewalkabout at 1:07 PM