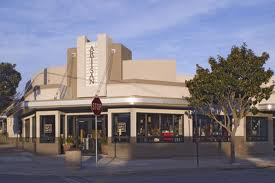 On a recent excursion to the Paso Robles area we decided to eat and not just drink. We know, what a concept! Just when we were getting good at something. Next decision, where to go? As fate would have it and after doing a quick survey of some locals we followed their advice and headed to Artisan Restaurant. Easy to get to located close to down town in Paso Robles at 1401 Park Street, Paso Robles, California 93446. We walked there from the Paso Robles Inn in five minutes. 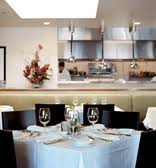 There was a group of six of us so Kiwi and Koala were incognito and able to experience the service and food just like average blokes off the street and not the celeb’s we think our significant others should treat us as. You can thank us later for making the sacrifice so that you may know what to experience. If we did not make this personal sacrifice we would be treated special (don’t emphasize the word). We were warmly greeted and taken to our table for six.
The restaurant is sleek and euro contemporary, which can be a bit stark sometimes, but at Artisan they have managed to make it feel hip slick and welcoming all at once. With mostly hard surfaces it has a lively atmosphere and the background music selection was stellar! 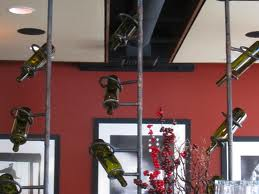 The wait staff was on the spot to take care of us and get us started. We had brought along a couple bottles special for the evening and one was quickly opened (they have a very good wine list also). Food was ordered and came in a short amount of time and was well presented. There was a variety of entrees ordered and all were good and better. A definite foodie restaurant that has enough on the menu for the picky non adventurist as well. Of the six meals consumed the final tally on our Artisan experience was; four “Recommends” and two “Would Go Back”! So given that average Artisan gets a “Recommend” from Kiwi and Koala! Go check em out and tell em Kiwi and Koala sent you!
To happy dining!