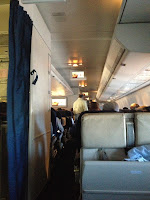 All air travel is not created equal.

Traveling between California and Adelaide Australia has become a tale of two types of journey. Having made this particular journey a few times over the last twenty years, and once or twice a year for the last ten years it was really a shock that this flight felt and looked like the one's from twenty years back. In fact I'm pretty sure it was the same plane from all those years ago as threadbare as it was. It was missing most of the paint on the nose and the left front window of the cockpit was broken when we arrived in Sydney (don't know if it was cracked when we left SF). 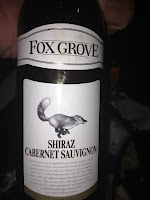 In the last fifteen years the carrier has alwas been either Air New Zealand or Qantas, with Air New Zealand winning out as most used, due to them having the cheapest flights. It has been many years since United Airlines  has been the carrier. A few years ago a United Mileage Credit card was acquired to collect airline points / miles to make this trip more financially accessible. Having a bunch of airline points / miles to use one would of thought that this would give you a step up. Not so fast international traveler. The amount of points / miles is (since the Continental merger a year or so back) is double what it used to be unless you take the most zig zag flight path possible. Compare 17 hours travel time to 48 hours travel time. It is almost impossible to use them in any way close to just buying a ticket, and the routs you have to take and the amount of time sitting in airports is simply a way to fill less desirable seats. Simply put, using points makes you a second class traveler.

Traveling on the rout from San Francisco to Adelaide Australia, it has been many many years since one of these routs came without a personal viewing screen and about a hundred movies and Telly shows to choose from, so it was qite a shock when transported back in time to the 80's. There were also no power outlets to plug portable devices into or recharge your obligatory I-product either.

As part of this step back in time experience, the food was not of the standard one has come to expect either. There was a glimmer of hope as the wine choice was a Fox Grove Shiraz, Cabernet Sauvignon that was not a bad drop.

This travel experience barely rated an 'OK, Yeah thats it, OK'. That is all, move on, there is nothing else to read here.


Kiwi and Koala
Posted by Winewalkabout at 8:31 PM