Lessons from a big tasting tour. 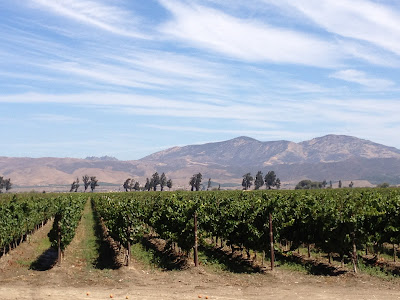 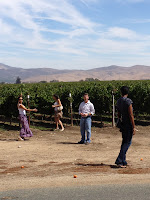 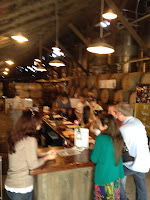 Well it had to happen soon enough with all the things going on that some divide and conquer had to occur. With Kiwi off doing, let’s say “yard work”, Koala was the nominee to take a small (4 tasters) group wine tasting in Monterey County. Taking the job seriously he got stuck into trying to select a route and three or four wineries. The task of giving the group a nice cross section of tastings and allowing lots of time to soak up the atmosphere and enjoy the offerings at each tasting room was not going to be easy. A vast amount of experience and research would need to be combined to create this epic event and Koala was up for the challenge. Ok, so as Kiwi so eloquently pointed out the road was there and was lined with tasting rooms every mile or so, so just pick four that are equally spaced already! 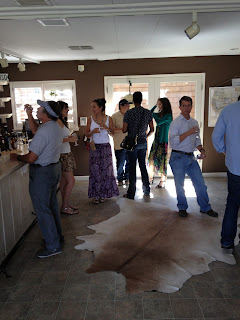 As the dawn broke on the big day the group of four tasters became a dozen. The plan was rapidly unraveling. Now some may think the more the merrier but having worked in a tasting room and having dealt with the surprise onslaught of a large group when already busy is not cool. The set up with the first winery of nice cheese and cracker plates to get them started off on a high note and also to make sure they had some food in ‘em was now potentially barely a nibble each which might just make em cranky. Since there were only four tasters originally there were no call aheads to any other of the tasting rooms. Now it was Sunday morning and the chances of warning them were slim. Calls were hastily made to all the published numbers and connections were made with, none!
Look, here's the thing. A small group of 2-6 can be corralled to listen to the winery person and engage and learn and taste. A group of a dozen or more becomes like herding cats and becomes more about quit disrupting our yammering with wine stuff and just put more wine in my glass.

The heading of this story is ‘Lessons from a big tasting tour’ and the first lesson is twofold. First up have a contact number that whoever you are going to taste with will answer. That way if the situation changes you can warn them whether it be running late or tripling your numbers giving them the chance to adapt, or if the circumstance warrants, cancel. Next when planning the event spend a little more time trying to determine who is interested and create a event that has a fixed (plus or minus 1 or 2) number of attendees. Otherwise you are potentially not going to get good service and you may potentially ruin the tastings of all the other people at the tasting room. 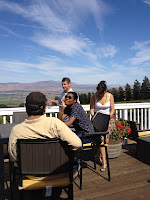 The next lesson was about time management and was more of a confirmation of what was put into practice. In some areas it would be easy to squeeze in 10-12 tasters with the understanding, that at that point you are not tasting but drinking small glasses of wine quickly and moving on. Tasting takes about an hour and then there’s getting loaded with your purchases and driving to the next place. You should also allow some float time for the tastings where people get engaged and are learning and enjoying. 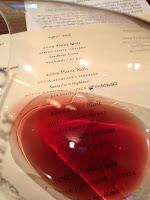 Koala was cool as a goanna in the shade, and instead of ditching the herd of cats he forged on like a true Digger's son should. The day went well and we would like to thank the wineries involved for their hospitality and good wine; Ventana Vineyards Soledad Tasting Room, Paraisio Vineyards, Hahn Winery and Pessagno Wines. Look for future Adventures with these Wineries.


These tasting rooms are all part of the Monterey County River Road Wine Trail and all of the wineries on the trail are worthy stops.

P.S.  We even learned that wine can be turned back into water!!

Posted by Winewalkabout at 7:10 PM