Wine but no Picnic at Hanging Rock 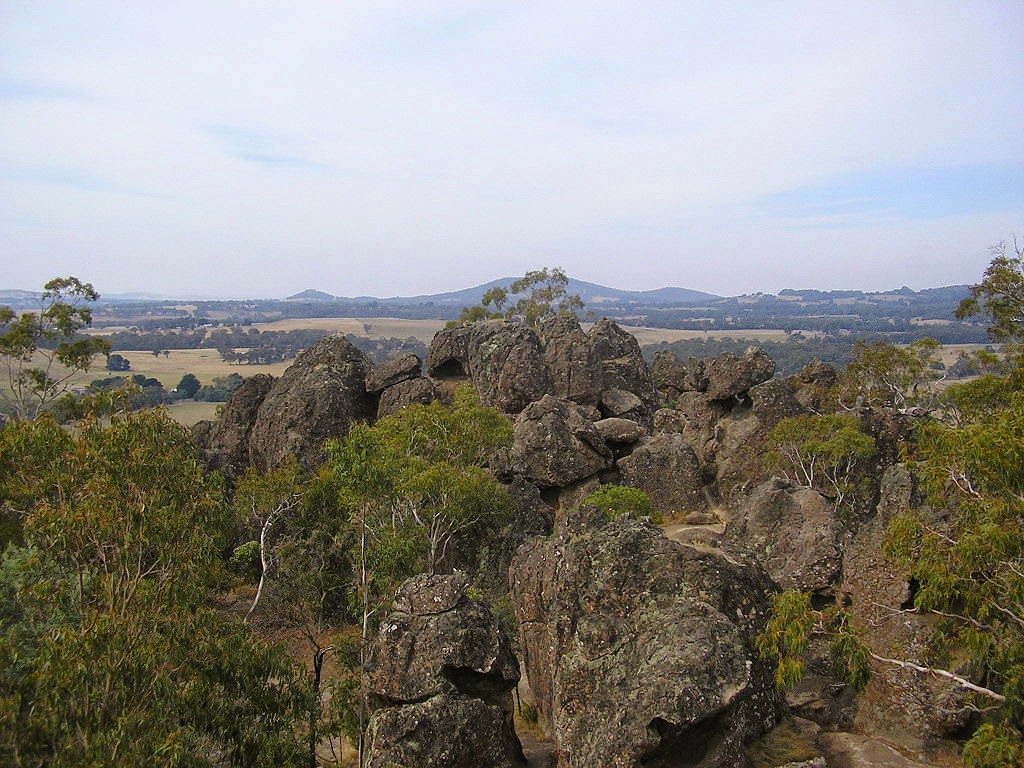 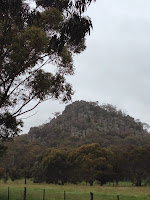 As a child I visited this amazing place called Hanging Rock, a distinctive geological formation, 718m above sea level (105m above plain level) on the plain just a few kilometres north of Mount Macedon (dinner the previous night at Mt Macedon Hotel), a former volcano. Best known as the site where a party of schoolgirls disappeared in February of 1900 'Picnic at Hanging Rock' which is the story my Uncle had told the night before. It was a drizzling wet cold day as it can be in Victoria in the winter and I remember being terrified we would not find our way out and further the mystery of this place. It is a very scary place and easy to get lost when you are ten years old. 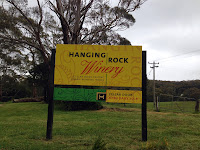 It was also the rumoured to have been the haunt of bushranger ‘Mad Dog’ Morgan. It was made famous by the classic Australian novel and later movie Picnic at Hanging Rock, the mythic tale of the Valentine’s Day disappearance of a group of schoolgirls and their teacher while visiting Hanging Rock in 1901. 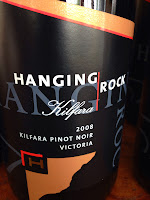 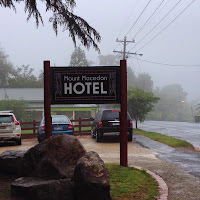 The legend endures, and an air of mystery and intrigue still lingers. This mound of massive granite outcrops is riddled with caves, tunnels and overhanging boulders, its shapes and acoustic echoes enhancing its already spooky reputation. It is a mystical place that is for sure.

This trip the weather was no different and although a few decades later a strange trepidation lingers about wandering around this amazing place. After an hour or so I was done being cold and getting wet and decided that a different adventure at Hanging Rock was in order. Done with the Picnic idea it was off to the Hanging Rock Winery that was just down the road a couple minutes and offered a dry spot to taste wine. Much more my style.

A nice place for a taste and a large selection of wine where almost anyone will find a new favorite. My favorite after careful consideration and a number of revisits was the 2008 Kilfara Pinot Noir. Posted by Winewalkabout at 9:53 PM