The first face to face meeting with Charlie was arranged when calling for an appointment to visit the Cellar Door of God’sHill Wines. Charlie asked where I was calling from and discovering they were only a couple miles apart. He invited me to his house probably to see if I was a wanker (is, but given a break). It was a fortuitous meeting. Over a glass or two of Charlies 2004 Menzel Shiraz, some bread, cheese and Charlie’s olive oil the two of them bonded. 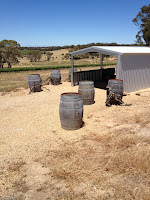 Charlie explained his style of wine making is a continuation of a tradition which has been practiced since Roman times in the Campania region of Central Italy. He also explained that God’s Hill vineyard is set in the wine region of Lyndoch at the southern end of the Barossa Valley that the original inhabitants called Poonawatta, which means my fertile land. After establishing God's Hill Vineyard with his family, Charlie Scalzi's love and passion for fine wine moved him to create the God's Hill Wines label.

God's Hill Wines are made from a careful selection of what Charlie believes are the best of the best premium grapes from the God's Hill vineyards which are tended by the vigneron Felice Scalzi, Charlie's son. What is not taken by Charlie is then sold. 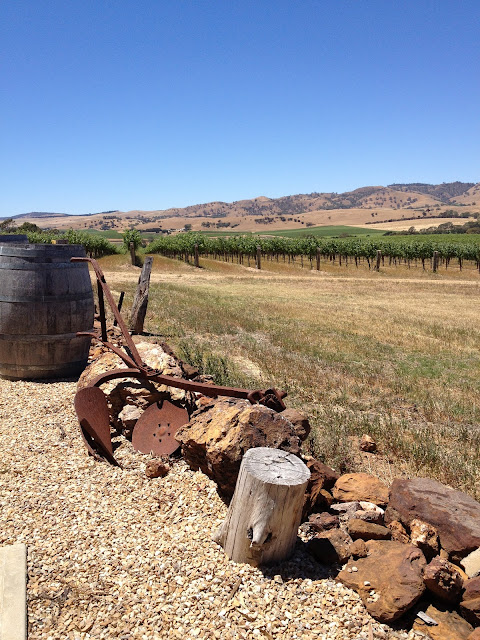 Charlie's grandfather (Carmine) along with his farming activities also grew grapes and produced wine for the local community. This was the beginning of Charlie's involvement in the wine industry. Recalling a time when at age 6 his grandfather asking him to wash his feet thoroughly so that he could place him in the large wooden vats of grapes to crush with his feet. This continued until the age of 11 when he migrated with his parents to Adelaide where his father (Felice) continued traditional wine making in his home cellar and Charlie would continue to assist with hand picking grapes, crushing and making wine (Charlie lost his father in 1996). 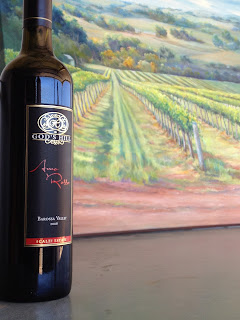 Charlie recalls that the very first lesson, he learned from his Grandfather, of wine making is ensuring that hygienic procedures are used. This he believes is the highest priority next to using the best grapes. Combine these two with their philosophy of allowing the grapes to guide the wine (never impose your will upon it) and you have the foundation, upon which God’s Hill Wine is made.


God's Hill vineyard consists of Shiraz, Cabernet Sauvignon, Merlot and Chardonnay vines. Charlie's first vintage was introduced in 2001 only producing 2 barrels for family and friends. As this was so successful they released their 2002 vintage to the public. Over time, they have increased their vineyard to 30 acres and their production is up as well.


The Cellar door is located at the Lyndoch property in an old worker shed, where by appointment you can taste the limited production handmade wines. Perhaps you can talk Charlie into sharing his olive oil, enjoy the fantastic view and hear the story of God’s Hill and capture the vision of things to come. 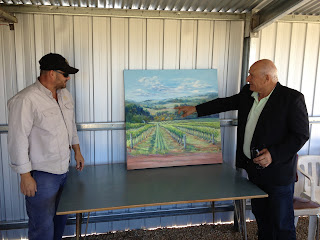 Standing on the hill with Charlie and Felice sharing some of their bloody amazing ‘SoulMate’, looking over the vineyards and talking about their passion it’s impossible not to get a sense of the great things that are happening here and that the best is yet to come. 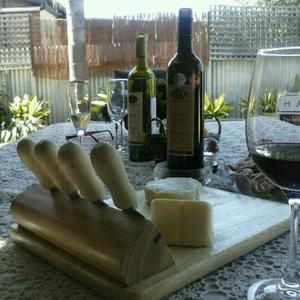 Koala even shared a bottle of the 2008 Menzel Shiraz and the 2011 III Rows Unwooded Chardonnay with his brother and Sister in law to get their reaction. The response was all positive, with his brother wanting to know how to get more.
Koala highly ‘recommends’ you give Charlie a call and set up a day to visit God’s Hill and make sure you tell him Koala sent you.

Posted by Winewalkabout at 7:37 PM