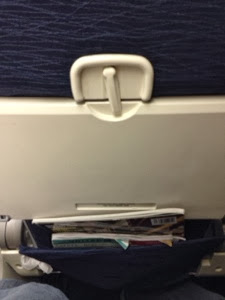 On a recent trip back to Australia I was determined to use my Airline miles. Come to discover that a mile is not as long as they used to be, and do not get you as far or as direct as you would imagine. Using miles for regular flights was really like booking as a second or third class citizen. If there are enough seats you may get one and if there are enough business or first class seats you may be able to upgrade. Traveling to Australia this time, a direct rout was secured, coming back is another story. For the second year in a row I was to travel on United Airlines. This is where the term 'nostalgia' Airlines comes in and not in a good way. I can hear the collective 'cricky, what's a nostalgia airline'? The flight was in one of their 747-400's. These old veterans of the air are exactly like flying in the 90's. With only the tiny movie screens down the isle, watching a movie is not very easy. Also when a PG13 or there a bouts is on, the  inserted language just makes the dialog seem obvious and out of character. Yes there are all ages on the plane and that needs to be considered but this is not the experience that one gets on a modern international flight where every seat has a multitude of entertainment choices. The lack of engaging entertainment makes for a long, no, make that very very long flight. Although the flight was smooth and straight forward it is hard to appreciate the nostalgic thread bare feel. 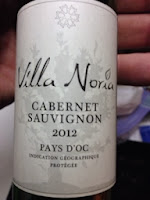 The food on the flight was pretty good with a BBQ sauce covered chicken that was washed down with a quite nice little French Cabernet number. Not a bad drop for cattle class. Breakfast I chose was a scrambled egg over sausage with a potato pie slice. The cabin staff were efficient and relatively friendly. No complains there.

Not impressed with the Club Miles situation and will not be pursuing them anymore. Will be flying next time with a modern airline. Rating of 'If they ask us back we would give them a second chance (sometimes stuff happens)' 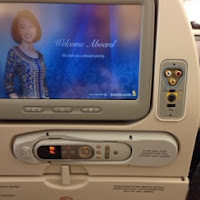 Well as it turns out there was still the matter of the return flight from Adelaide Australia to San Francisco US. The best, of the worst case scenarios for my member miles. Depart Adelaide for Singapore on a Star Alliance partner Singapore Airlines. The flight was very nice, with hot moist flannels for the face upon takeoff and prior to landing. Full personal entertainment system and USB charging if you wanted to watch your own entertainment on some electronic device or charge something up. The food and wine were also quite nice with the nice touch of having a classy menu. All this with a warm smile and first class service even in cattle class. With no Star Alliance lounge (United does not have a lounge) allowing a United member to enter, it was a long 6.5 hours of wandering the pleasant and large Singapore Airport (only 4 hours nice). Next it was off to China's Pu Dong Airport near Shanghai. Much less nice than Singapore, this is where the trip really unraveled. While having been told that I would need to disembark, collect my luggage and redo the whole customs thing (China problem not United) I was prepared for that, just not the next problem. 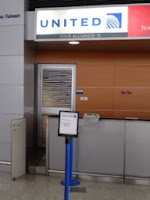 With over 7 hours to kill it would be no problem to use a little time changing and repacking and playing with bags after traveling for 24 hours so far (not really but what are you going to do). But I was not prepared to discover that once outside the airport that upon going up to the United counter only to discover that I was not going to be checked back into the airport for at least 5 hours as no-one would be there from United until 2 hours before the flight (United problem not China). Not only was I stranded with all my luggage in the foyer of a foreign airport there was no WiFi on the outside, only inside the international Terminal. So with no communication ability, and 24 hours of semi sleepless travel I was ready to start an international incident (couldn't was too tired).


Over the next 5 hours I wandered back and forth pacing, as I did not want to fall asleep and miss my flight, and when I did nod off, standing up, I would wake only to find people had gathered around me (very disconcerting).
I was finally checked in and allowed into the inside. I got something to eat as by this time I was starving (had found free water fountains in foyer) and the first edible food I saw was Burger King! Yes, that's what I ate, a #3 meal all $12 of it. Most of the other food was still in its living shape or looking like gas station Sushi.

So now to get on WiFi to let my loved one's know I was still alive. No bueno, not going to happen. Needed to follow Chinese instructions (my Chinese is rusty) Once I was helped to get logged on to the free WiFi by a couple basically non english speaking Chinese girls from the Ice Cream parlor it was going to be a twitter bashing for United. Next problem is there is no access to twitter or Facebook or any of those types of communication apps out of the airport (maybe China). My final flight was now boarding and just as I had feared it was one of those non updated nostalgic 747-400's with no amenities again.
So in summery there are a few things that stand out;

1. You fly through these other countries international airports yet do not have a lounge for your members.BAD
2. As a member of the Star Alliance there is no 'Alliance' except for a seat on a plane (thats better than your own a plus). No perks and no lounges to be shared. Good, BAD 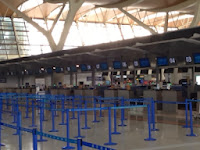 3. You are OK with just dumping your club members in a foreign airport foyer to fend for themselves instead of using an 'Alliance' to get them checked back in to some amount of safety and comfort. BAD
4. Your planes are from the nineties with no personal entertainment and yet you have the audacity to charge $16 for non streaming WiFi. BAD
5. You do not seem embarrassed by this sub par service. Epic fail.

The trip was not something one would ever choose to do. The Singapore Airlines flights were great and would "recommend" flying with them any time, whereas the United flights and the way the trip was put together by them, just leaves us thinking a downgrade to "move on / don't stop" is more accurate. 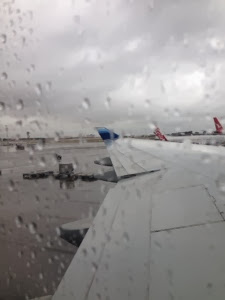 Posted by Winewalkabout at 2:21 AM