Paso Robles CABs of Distinction, was hosted by the Paso Robles CAB Collective (PRCC) from April 23 to 26 2014. The Cab Collective wineries from the area organized the event to host wine professionals, industry, media and consumers the last week of April in an effort to inform and educate about Paso Robles most widespread wine variety and arguably to put the region on the wine map in the first place.

Visitors to the Paso Robles wine region might be surprised (although they shouldn't be) to learn that Cabernet Sauvignon and Bordeaux varieties make up 55% of the acreage planted to wine grapes in the Paso Robles AVA. 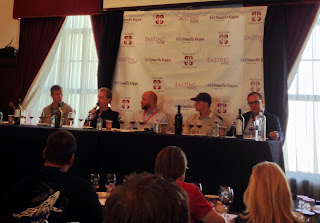 Paso Robles has in recent years been celebrated for its Zinfandel and Rhône wines, with The Rhône Rangers as an organization really getting Paso wines on the map and in the press. However, Cabernet was there at the start. As much as we are big fans of these wines, it really was the Bordeaux wine Cabernet Sauvignon that was there at the beginning that started the wine party. We were now there to get the low down on what this young organization was up to to put Paso Robles Cabernet and Bordeaux's back on top. 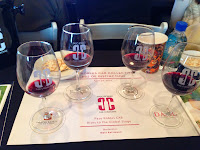 This year we attended the Cabs of Distinction media day on Thursday the 24th of April 2014 in the beautiful Ballroom of the Paso Robles Inn for the "Paso Robles Rises to the Global Stage" panel discussion. The discussion was moderated by Matt Kettmann, senior editor at the Santa Barbara Independent and contributing editor for Wine Enthusiast. He engaged and prompted four Paso Robles winemaker / owners to tell their perspectives on this, the most noble grape. The panel was made up of DAOU Vineyards & Winery Winemaker/owner Daniel Daou, Chateau Margene Winemaker/owner Michael Mooney, Halter Ranch Winemaker Kevin Sass, and Parrish Family Vineyard Winemaker/owner David Parrish. But wait, we did not just get to listen to them, they also provided a tasting of each of their wineries more recent best Cabernet Sauvignon (nice). The panel discussed issues of water, soil, root stock, vine clones, trellising, shoot thinning and canopy management as well as barrel selections and yeasts. It was informative, interesting and well done, and tasting some great Cab while listening was a big bonus. The discussion found a nice balance of detailed information and entertainment without us or any others resorting to eye rolling boredom. Truly well done! 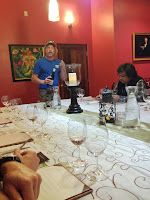 After the morning session it was off to a hosted lunch at various locations. We were lucky enough to attend with winemaker / owner Ted Plemmons of Cass Vineyard and Winery. We enjoyed the comforts of the Cass Winery and had a great lunch. We ordered our meals off the restaurant menu, all the while discussing wine and vineyard questions and opinions with Ted and as a group.

Oh, and we drank a little wine as well. Lunch ranged from Crab cakes to salads, steak sandwich's, pulled pork and hamburgers from Ted's own beef. Quite the selection that the winery restaurant produced in no short order and in great style. Nobody left hungry or unhappy.

After lunch Ted led us all on a tour of the facilities and then it was into the vineyard for some Q&A. Ted was a knowledgeable and entertaining host and we had a blast hanging out with him at the winery. Can't wait to go back for a full tour and taste and to get more on the Cass Vineyards story (and Ted's as well). 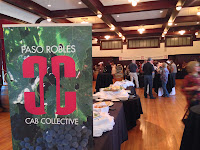 We were then transported back to town via the comfortable Uncorked Wine Tours bus for the afternoon tasting of The Cabs of Distinction, again in the beautiful Ballroom of the Paso Robles Inn. This tasting could easily have been an all day event with the number of high quality wines being poured. (member wineries here). We also enjoyed talking with a lot of owners and winemakers while tasting their wines, which is always a little more enlightening. This was a tasting of good to great wines and a reminder of just how amazing Paso Robles Cabernet can be. 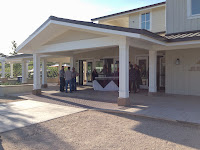 The day was not yet done as then it was off to Justin Vineyards for a pork BBQ dinner and social mingle with most of those that had attended the days activities. This was a lovely way to to get some nice social time with new friends from the day (including owners and winemakers) and an interesting study on what they chose to drink. We also got to see the newly refurbished tasting room and it was lovely. A great evening thanks to the crew at Justin Vineyards.

Paso Robles has almost since the beginning produced some world class Bordeaux, but with this group of driven people pushing the bar up across the AVA, the area is about to rewrite the awards books. 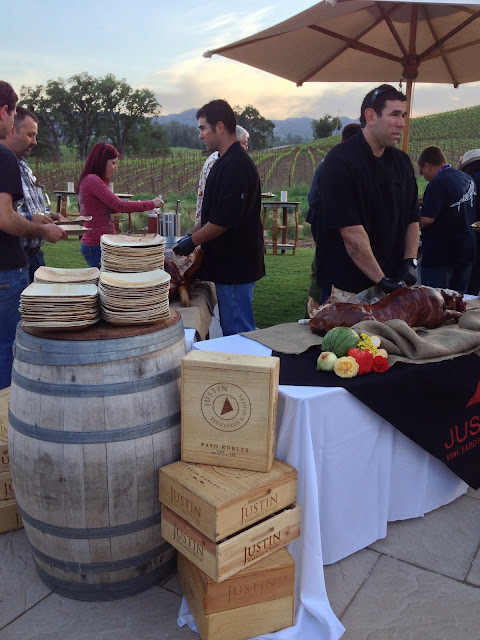 Posted by Winewalkabout at 8:20 PM