So you want to rent a car in Italy? 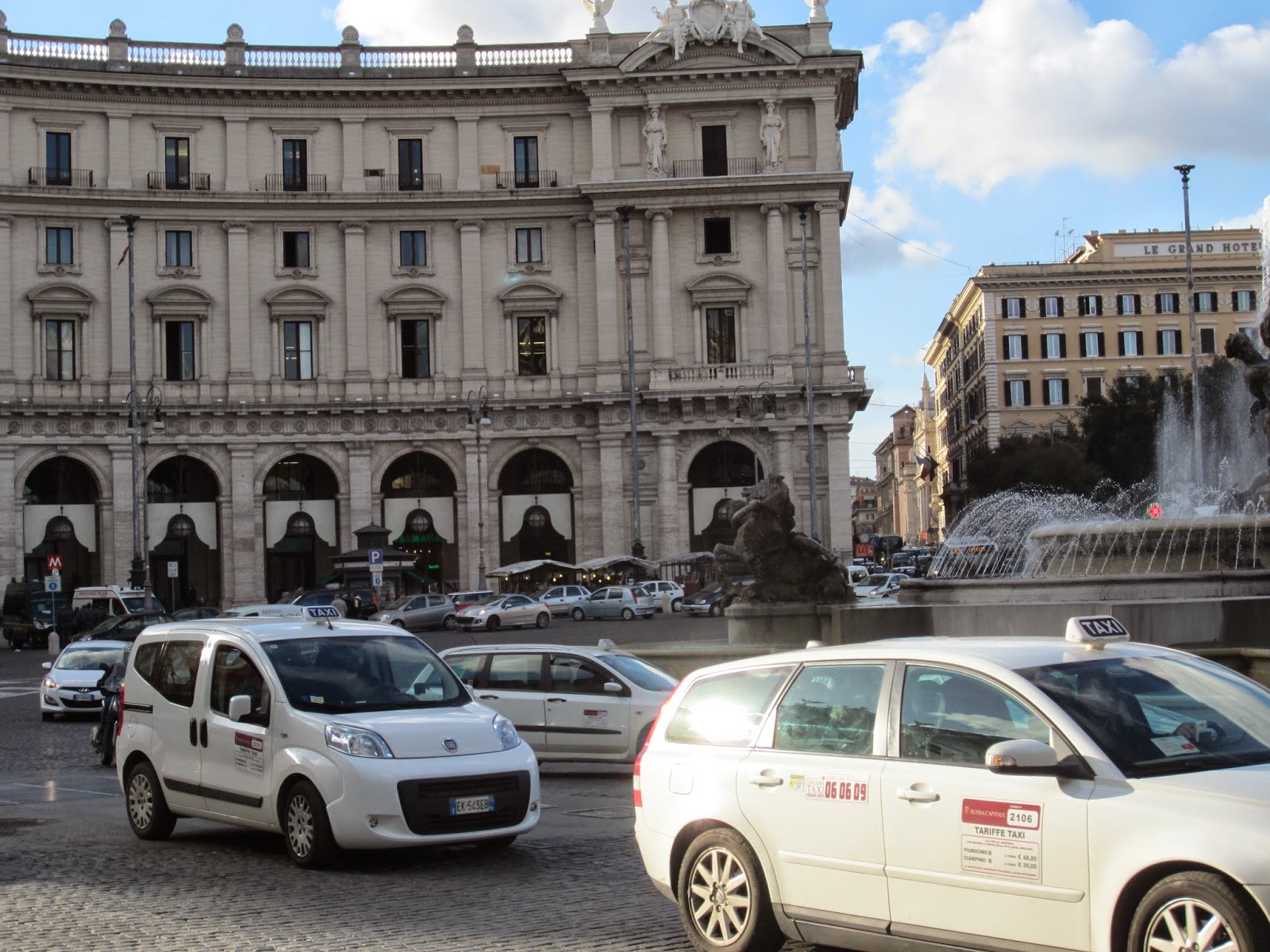 So you want to rent a car in Italy? Lets start out by saying we did. We are glad we did. But just know we got a little lucky just by chance and we survived with only two tickets for the same offence at the same location ten minutes apart. Coincidence? We think not... 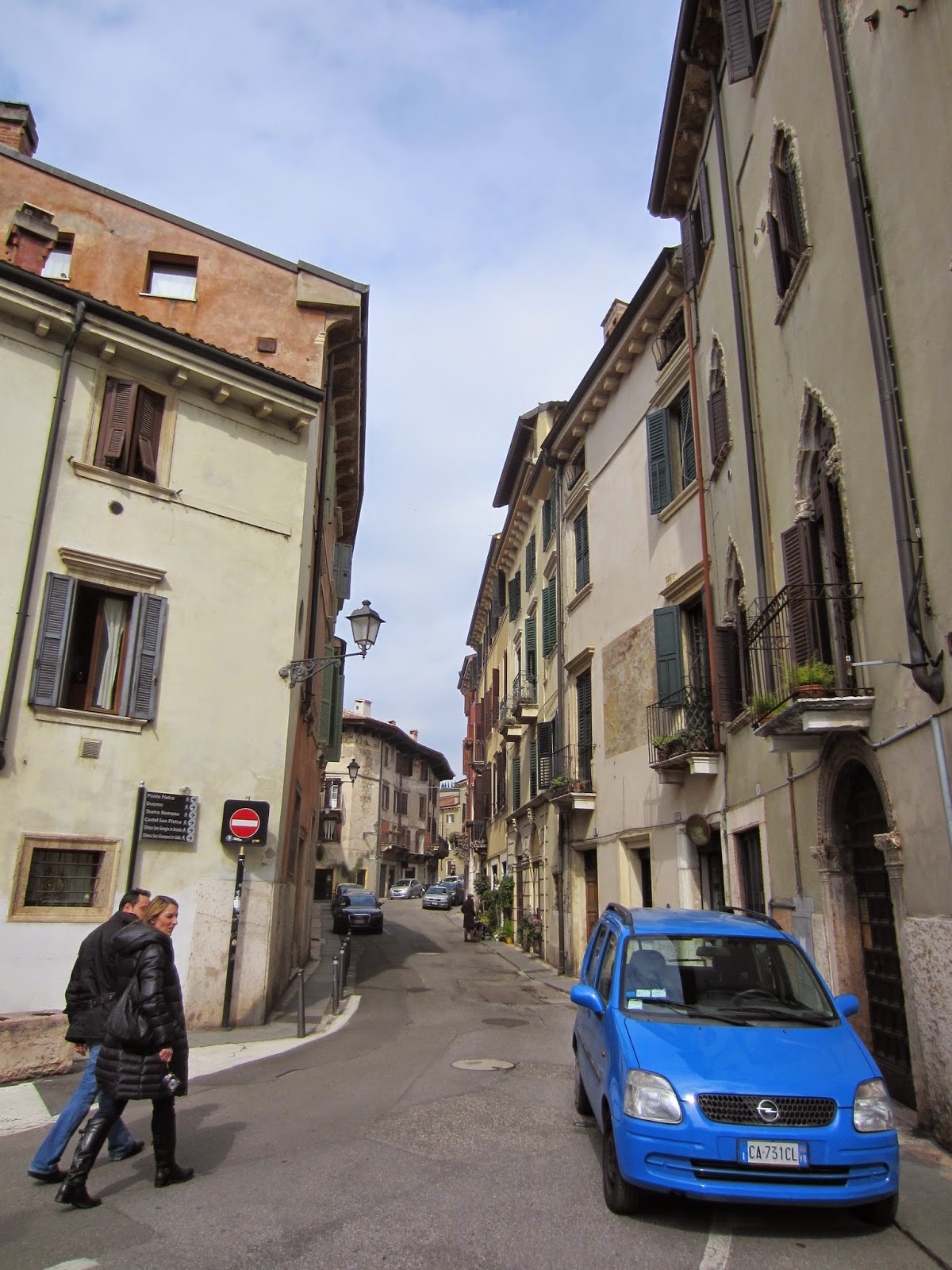 First off get your car rented and confirmed prior to leaving home. We also would recommend you go through an online operation that has a good reputation. Get your international drivers licence at the DMV. Before you decide you want to live it up with a luxury car for this big trip you need to think again. There were four of us and our luggage for just over two weeks and we were able to use the experience of some friends who had done it all before. Whats the big deal you ask, well the roads in Italy are typically very narrow. Narrow enough in many small towns that two smart cars cannot pass at the same time and its not a curb you will hit but a stone wall or building from a previous century. The four of us and our luggage fit in the Citroen Turbo Diesel equivalent of a Toyota Corolla. Did we mention it was a stick? Don’t drive a stick shift? You might be surprised to know that most Italians do and so the majority of cars in Italy are stick-shift (or manual shift) not automatic, including rentals. That means automatics often have a limited availability, and usually cost more. (Another good reason to book in advance!). We were fine with the stick. Motorcycles and scooters are also available for rent, but just don't. And never, ever try to learn to drive a scooter for the first time in a foreign city. You have been warned. 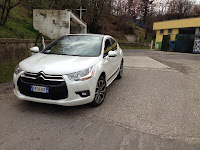 We should probably also say we did not drive in Rome. Best decision we made. What a nut house. Limited or hidden signage that was hard to find on foot and the typical traffic volume of a big city with the reckless abandonment of driving style usually reserved for a Costco parking lot.  Four lanes around the roundabout with no lane lines. Truly amazing!

Once you have received your car as a rule do not leave the lot before you make sure all your controls are set up in english. Did we mention get a car with GPS. It is a must. We had one in the car that we had the rental car guy change the language from Italian to English because we could not figure it out, and also we brought with us our Tom Tom. We recommend you do the same. Also get a good new map as a backup.

On the road in Italy, signs often won’t indicate north, south, east, or west; instead, they’ll use a city sign. So if you want to drive north from Rome, for example, you might look for a sign for “Firenze” or “Sienna.” As you might expect, this can be incredibly confusing for anyone not intimately familiar with Italian geography (especially when you get to smaller roads, which often indicate their direction with smaller towns and villages). 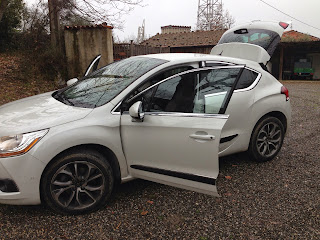 Roundabouts, intersections, and exits off main roads often have signs indicating restaurants, hotels, and sights of interest… but you’ll have to be a graduate of the Italian Evelyn Wood speed reading College to scan them all let alone figure out where you are going.Then there is the cadence of the driving. What we like to call "road rage" here, with other drivers seeming to be quite upset about your being in their way, is standard procedure on Italian roads, where they see it as a routine part of driving. For many Americans, your concept of courtesy will be seen by Italian drivers as a sign of weakness (we're not joking here)! You better be prepared to get on with it and it is not about speed its more about merging where there is only inches to spare. If you can fit you better go for it. As soon as you see a gap, go for it. Italians expect the unexpected and react swiftly but they're not used to ditherers so whatever you do, do it decisively. 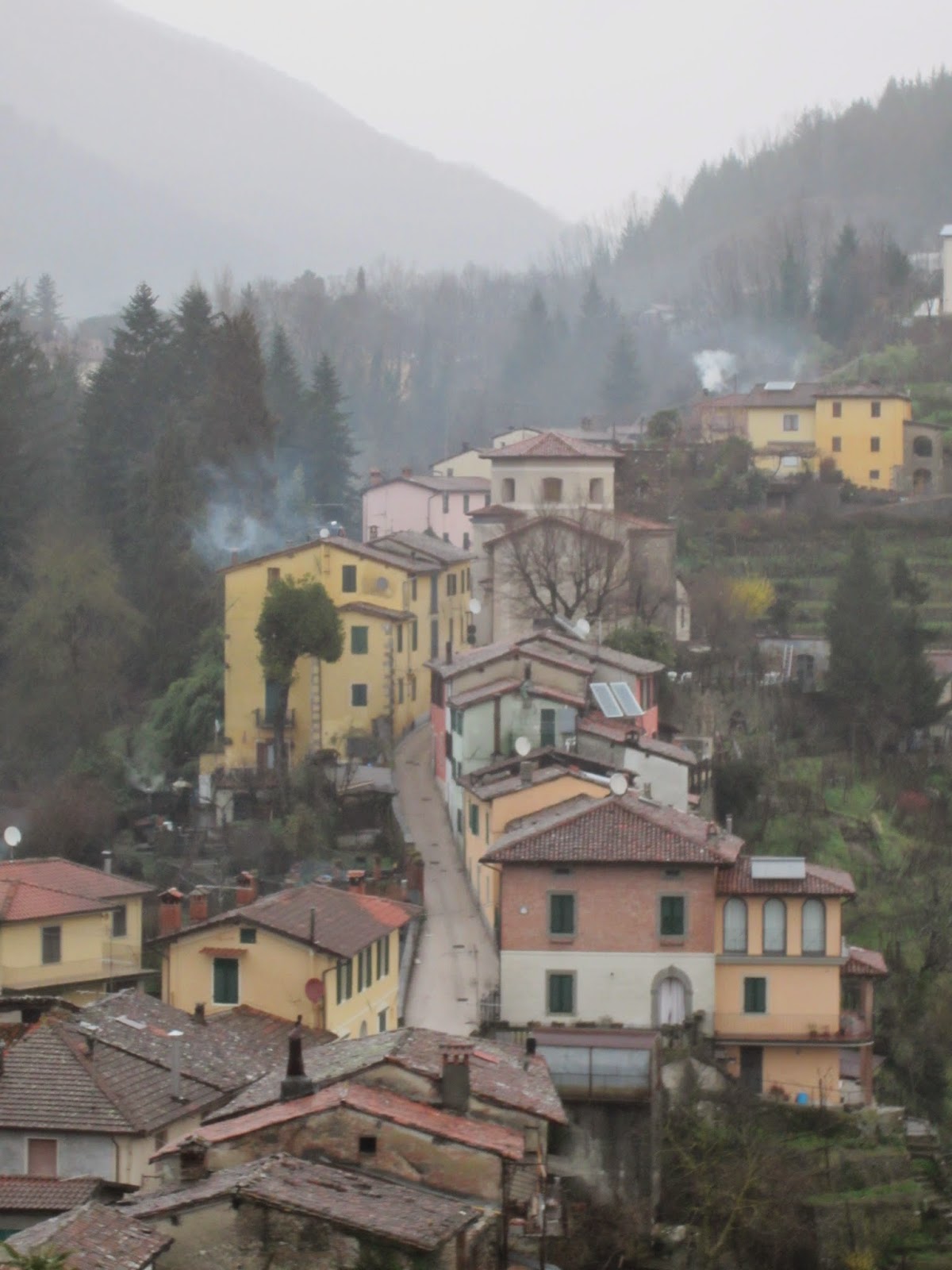 The historic centres of many cities, towns and villages throughout Italy have ZTLs (Limited Traffic Zones). The zones in each place will have its own regulations. Some zones are restricted to certain hours, some to residents only, some to cars with certain permits. Just assume you do not have one and are not allowed in. Not all ZTLs are camera enforced, but in the regions near Florence , Pisa , Siena , Arezzo and Lucca , certainly are. The cameras like the signs are not always obvious. We walked into Luca as we had been warned and it took us a while on foot to find the signs that mention no entry without permit.

When travelling down the motorways (the only way to cover any distance) stay on the right unless you are overtaking (foreign concept to most Americans) or you may get a ticket for impeding traffic. Most motorways have tolls so you should carry €20-30 in coins to speed your progress through the toll booths. While you can pay with cash or credit cards, follow white signs to booths to pay by cash, blue signs to booths to pay by credit card, cash is the fastest. The lanes with yellow signs are for frequent users that have a telepass. 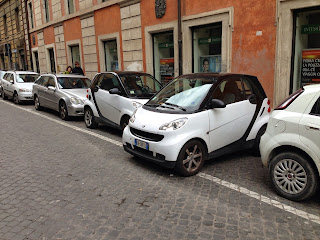 This series of cautions may make it seem a bit daunting and in some ways it is, but at the same time we would not have changed a thing. Dont drive in Rome. Drive in the country. Have two GPS's and a good map and a designated navigator to aid the driver and a backup navigator for when the inevitable happens. Allow a lot more time than you think for even just finding a park can take a lot of time, yes a lot of time. Get the smallest car you and your gear can fit in and carry a lot of coins for the tolls and parking meters and do your daily pre trip homework.

One more thing. The Italians are more than happy to give you directions. If your Italian is good you are set. If, like us both of your Italian words are not to be used in mixed company you get a lot of gesturing along with the most misunderstood words of our trip. Directions in the best Italian english blend with exaggerated hand gestures... Itsa easy, you cannota miss it ... yet we did most of the time.

Posted by Winewalkabout at 6:59 PM