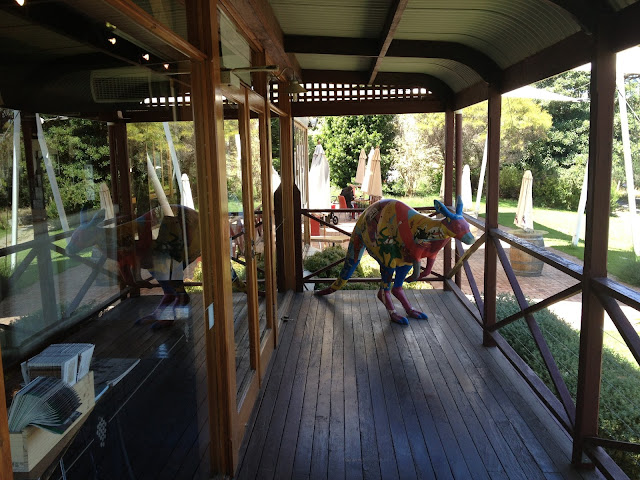 Headed to McLaren Vale to sample some world class wines? There are a handful of Winery names that immediately come to mind and one of those is D’Arenburg. In 2012, D’Arenberg turned 100 years old! Four generations of the Osborn family have worked the vineyards and made the wines. They are known as much for an eclectic portfolio of oddly named wines with a bold red stripe on the label that adorns each bottle, as they are for stories have been a central component of what and who D’Arenberg is. 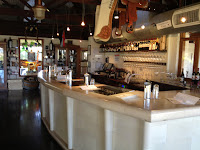 The D’Arenburg most people are familiar with revolves around two names, d'Arry and Chester Osborn. Two characters that are larger than life. In 1978 d’Arry was awarded the Queen’s Jubilee Medal. In 1993 d’Arenberg proudly released its most well-known wine, previously just called “Burgundy” for more than four decades, simply as “d’Arry’s Original Shiraz-Grenache” named to honor d'Arry and half a century of wine making achievement. In June 2004 he was awarded a Medal of the Order of Australia in the Queen's Birthday Honors for his contribution to the wine industry and to the McLaren Vale region. In 1995 d’Arry was invested as a Patron of the Australian Wine Industry in, “Honor of an outstanding contribution to the affairs of the Australian Wine Industry”, two years after completing his 50th consecutive vintage in 1993. 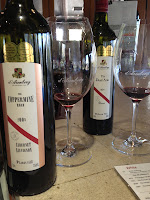 D’Arry’s son Chester graduated with a Bachelor of Applied Sciences in Oenology in 1983 and took over the reins as Chief Wine maker at d’Arenberg in 1994 after having worked in all aspects of the business. Recently, he was recognized as The Red Wine maker of the Year at the 2007 Japan International Wine Competition. As a wine maker, the awards just keep piling up and with good reason.
The wines of D’Arenberg are of consistently good and great quality. Chester actually assumes dual roles as chief wine maker and viticulturist at d’Arenberg. 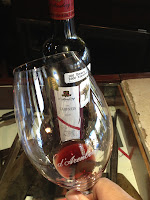 D’Arenberg uses the basket press method, not just for some, but for all of their wines, making for a very labor-intensive exercise. Whether it’s this specific part of the process or another, or some combination more likely, the quality of results seem to help justify this as the wines are well acclaimed.
The d'Arenberg cellar door is housed in the restored late 1800’s homestead, with views over McLaren Vale, the Willunga Hills and the St Vincent Gulf. The tasting room is relatively large and can handle a good number of people hanging on the bar and the list of wines being poured is one of the most consistently good you will find anywhere. To go a step above some they even pour some of their best like the Dead Arm Shiraz and their Coppermine Road Cabernet Sauvignon. Both of these wines are in the ‘8’ category and are very nice drinkers. There are not too many tasting rooms that can match the wine and the view of D’Arenburg. 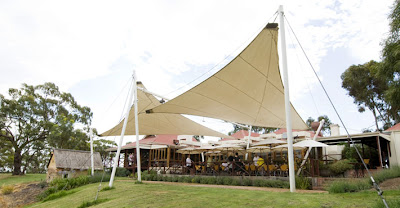 As if you would need another reason to visit D’Arenberg, it does not just have to be about wine as they also have a top notch restaurant. The views from the tasting room are just as good in d'Arry's Verandah restaurant. Look, go in have a taste, select a bottle and then go have some lunch, you will be glad you did and to give you a little extra push Koala ‘recommends’ you do!


Check out the video from D'Arenburg below!!